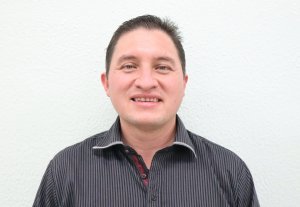 What comes to mind when you hear “Mexico”? Cactus, Mayan civilization, Mexican food…the list goes on! Mexico is actually a tourism-oriented country that has as many as 35 World Heritage Sites (ranking 7th in the word — in comparison, Japan ranks at 11th with 25 sites).

Mitsuo-san is a Mexican gentleman who writes Kanji characters with ease and speaks Japanese well. Let’s ask him some questions about what he thinks about Japan! 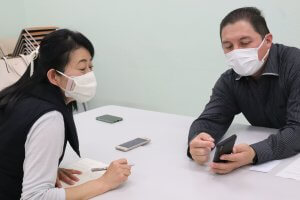 Hello! First of all, please tell me what made you come to Japan.

Well, my grandfather is from Wakayama-ken, so I actually have roots in Japan. When I was in Mexico, I was living in Mexico City. It is a big city, but there are definitely some public issues concerning safety. Especially as we have small kids, there would often be times that we felt uneasy living there.
Japan on the other hand is very safe, which is one of the main things that led me to make the big decision 3 years ago to move my family and myself to Japan.

How has your family been doing since coming to Japan?

I have a wife and two kids who are five and seven years old. They have already got used to living in Japan and my eldest son loves Gyoza! He eats Gyoza every day.
My kids go to nursery and elementary school in Ota City. They speak Japanese very fluently. I think Japan is a good place to live because most people follow the social rules.

What do you do in Japan? 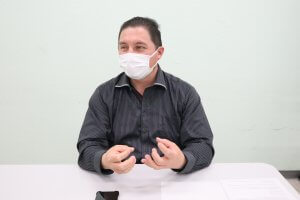 In the beginning, I worked in an air cargo company in Haneda.
Now, I work as a environmental safety manager at a company dealing with solar panels. Most of my co-workers are Japanese. They do speak to me in English, but I’d really like to improve my Japanese language skills, especially formal speech like “keigo”.

Do you feel like working in Japan is any different to working in Mexico?

I think Japanese people put more emphasis on “company hierarchy”.
In comparison, in Mexico, the people you work with are much more like a family. It’s not only in business – in general I find Japanese people tend not to be open to those around them compared to Mexicans.
Also, I feel like people in Japanese companies don’t try to change the way things are done when things are already going well.
Of course, several companies, like Toyota, always try to promote improvement, but a lot of companies in Japan have a tendency to not change things easily, saying “this is the way it has always been and it works, so why change it?”
I on the other hand think striving for continuous improvement is important. 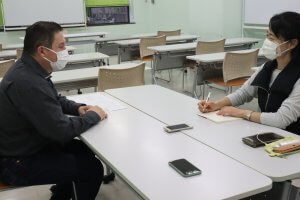 You seem as though you have really settled into life in Japan.

People and countries all have their differences. But the important thing is accepting those differences and adapting to them. We have Spanish saying, ”wherever you go, you have to follow or do what you see.”
I think first adapting to the society you are in is important. Then you should learn the proper behavior and work to improve yourself.

Do you teach Mexican culture to your kids?

Yes. They are also able to speak Spanish.
I always tell them to do their best every day and enjoy their life, because no one knows what will happen tomorrow. Moving forward is very important.

Would you tell me about Mexican culture and habits?

Ok – I will tell you about the festivals in Mexico!
“Day of the Dead” in early November is probably the most famous. They say that on this day, the dead come back, so as a family, we visit the graves of family members who have passed and lay flowers and food (it’s very much like “Obon” in Japan, isn’t it?).

Also in Mexico, from early December until January 6th, it is the Christmas season.
We have parties to celebrate the 9 days of “Posada”, which is associated with Maria and Joseph.

After Christmas and New Years, we have the “Three Kings Day” (Epiphany) on January 6th, which is when children can receive presents and eating traditional bread.
The final day of the holiday season is February 2nd, which is celebrated by steaming and eating traditional “tamales” which is a prehispanic bread made with corn´s flour, meat and spice ingredients and place into corn´s leaves.
We have such a wonderful holiday season from November to February and enjoy it very much. 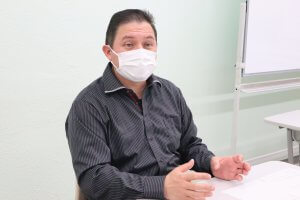 Lastly, what would you like to do in the future?

My family really enjoy being in Japan. Japan is very safe and my children can play outside freely, which they cannot do in Mexico. For that reason, we would like to keep learning more and more about Japan, and keep living here forever.
Actually, I was appointed as a “Cool OTA-KU Ambassadors” in 2021. I hope I can share the many good things about Ota City with my friends. 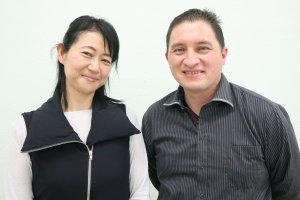 Mitsuo-san is a person with such a positive aura. He is always willing to learn, improve, and enjoy life.
He thinks highly of Japan’s good security and discipline. I strongly feel that Japanese people should affirm the good things about Japan, but also learn from the good points of other countries.